Are You About To Buy LED TV? 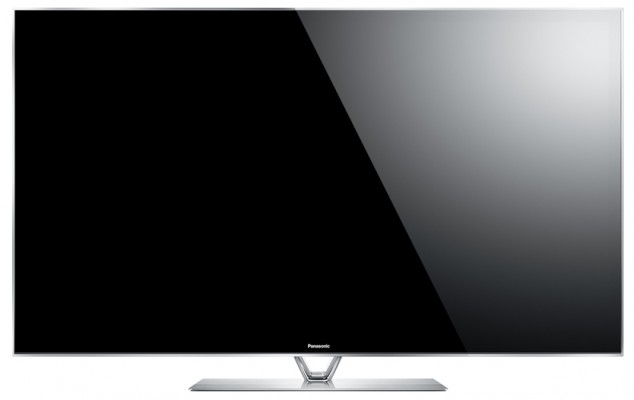 LED TVs are out of our budget! A common sentiment echoed by many of us. Every time we walk in to an electronic store and see the huge TVs adorning the walls we would love to see on of then on our living room wall as well. Well this is no longer a luxurious dream; many electronic giants like Sony, Samsung and the likes have come out with LED TVs that fit comfortably in our budget. So let’s look into some of the top 10 trending LED TV’s, so that you can pick the right one without puzzling with myriad LED TV’s in the market place. 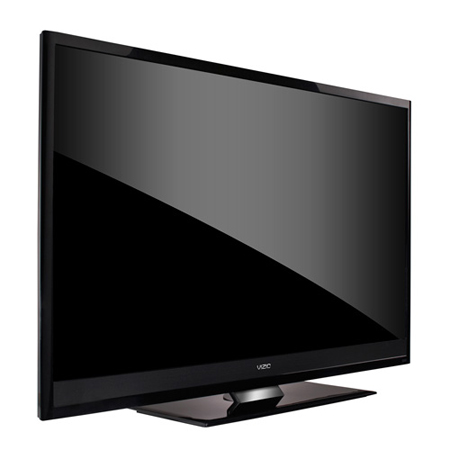 Samsung UN55B8000 looks great at 1.2 inches thick and comes up with a transparent jewel-like edge, which indicates that ladies love it. You couldn’t ask for more when it comes to connecting everything, with four HDMI, two USB, a PC VGA, and component. This LED TV comes with a pebble-shaped secondary remote for simple functions and also features widgets for Yahoo, YouTube and Twitter for those who love their TV online. Apart from this the 8000 also features a 240Hz refresh rate, a barely visible advantage over the standard 120 Hz, and a 5,000,000:1 contrast ratio. This LED TV delivers a magnificent picture in its own right, but it has some serious drawbacks. Same like the predecessor in series 6000 and 7000, the 8000 is edge-lit, which indicates that the LEDs only surround the screen’s perimeter. 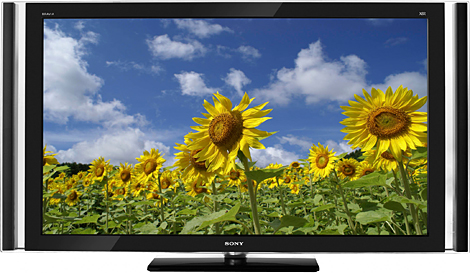 Sony got it right the first time. The Sony BRAVIA XBR8 is the great one of LED TV. It’s a big, hulking but sleek, backlit, local-dimming television that benefits from the best technology LED can provide. Sure the XBR8 doesn’t have the slim design, The knockout feature here is the XBR8’s LED technology, dubbed TRILUMINOS. Mounted behind the LCD panel are 128 LED clusters. Unlike the white lights in other LED televisions, each cluster in the XBR8 contains one red, two greens and one blue light; the base colors that directly engage the eye’s retina. 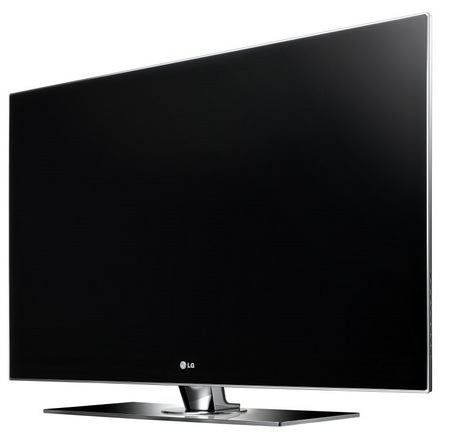 LG came onto the LED TV market swinging with a backlit, local-dimming, THX-certified set. It produces the same exceptional black levels as the Samsung A950 and similar connectivity, but surpasses the previous television in other areas. It features the 240Hz refresh rate and a contrast ratio of 2,000,000:1. It also boasts a nifty feature called Intelligent Sensor, which automatically calibrates the television’s picture in accordance with the lighting in the room. The LH90 also suffers from blooming and off-angle issues. But most importantly, and unlike the Samsungs, the LG’s matte screen does not reflect ambient light, a feature to die for in the competition against plasmas. 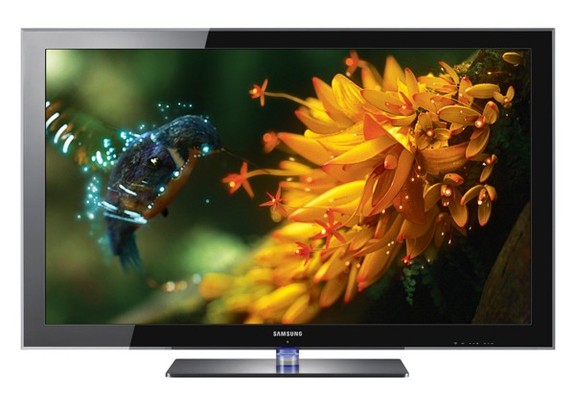 Samsung finally got something right. With its new 8500, the company matched its slim and sexy panel design (this time slightly thicker at 1.6 inches) with local dimming LED backlights. The Samsung boasts a 7,000,000:1 contrast ratio. It features all the benefits of the 8000, including the 240Hz refresh rate, superior connectivity, online widgets, and the pebble-shaped secondary remote. Unfortunately, the 8500 also shares some of the 8000’s drawbacks too. It suffers from the same off-angle viewing issues as every LED TV. Nonetheless, the 8500 displays the deepest blacks of any other LCD TV and less blooming than any other LED TV, making it stiff competition for our favorite television set. 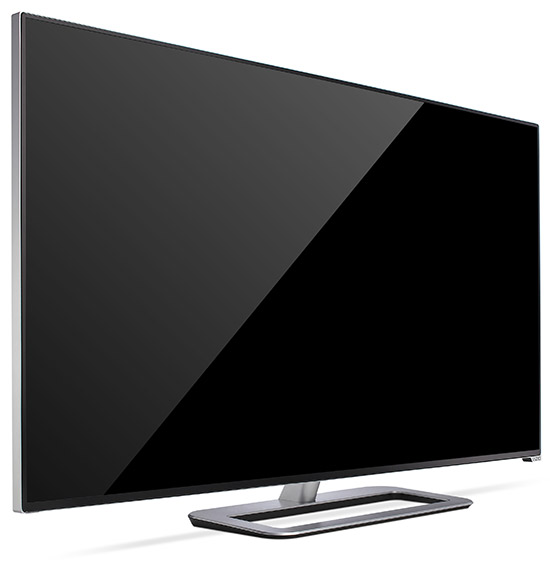 The 55-inch Vizio M551d is a great buy for this size class. It has most everything a top of the line TV from other manufactures have. The Passive 3D performance is especially impressive if you are a 3D fan. 240Hz processing, local dimming, an updated appearance, and plenty of smart TV functionality round out other upgrades

Some of the Strengths with Vizio M551d is Balance of features/Price, Passive 3D quality, 4 HDMI inputs, Lots of picture setting options for various programming

It also has some weaknesses like the LED Screen Uniformity if backlight is set over-high. As usual with LED, off center viewing contrast. Remote control/menu functionality and options is average 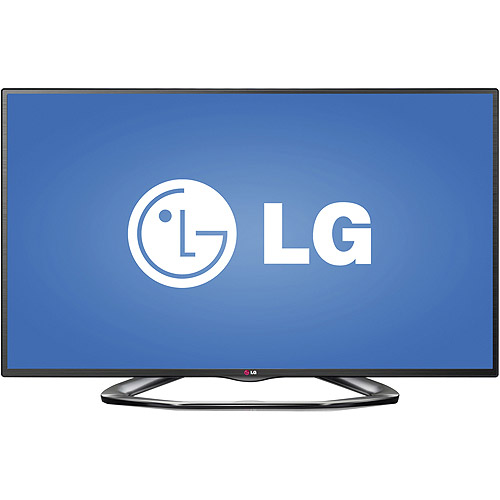 LG has some very compelling pricing in this good performer. It does not have the frame-less appearance of some of LG’s top of the line LED TVs and that translates into savings to you while still getting some of their best picture quality technology. In fact, the 55LA6200 calibrates like a much higher end TV. Though it does not come standard with the new Magic Remote from LG we recommend going ahead with it as an option as it greatly facilitates search and the voice recognition feature is nothing short of remarkable.

Apart from strength it possess some weaknesses like Smart TV Apps loading times and playback, Side angle viewing contrast, 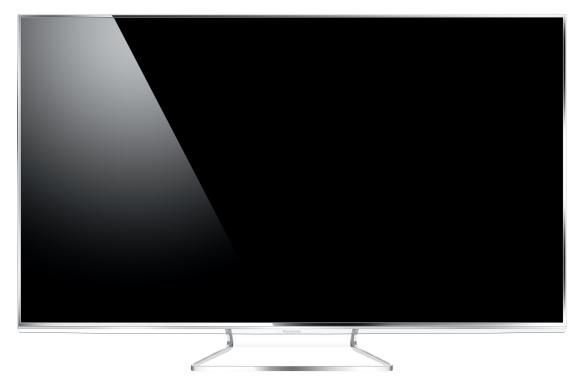 Here is an unusual 58” LED TV, at a fairly attractive price point. Though better known for their plasma TVs, Panasonic is producing some decent LEDs as well. Shedding of a few key picture quality elements makes the E60 a much more value oriented model. The most important difference is the LCD panel instead of the IPS LED panel. It’s a pretty significant downgrade that mainly effects side angle viewing. Fortunately, it has the same Clear Panel Pro filter that keeps images bright and sharp. 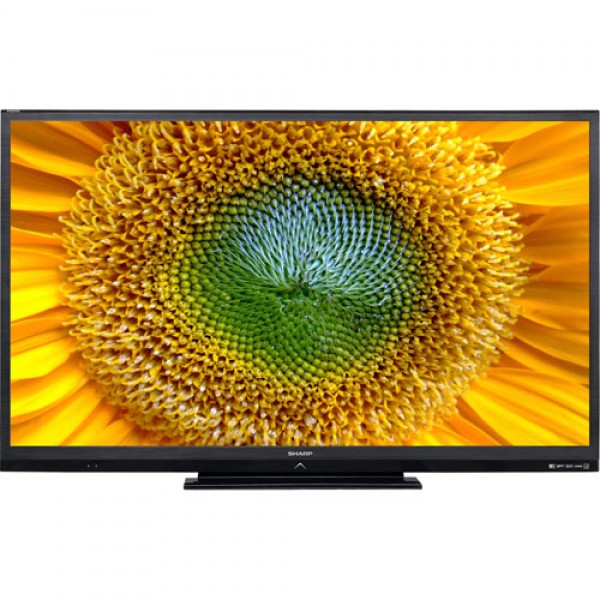 This 60” LED from Sharp is firmly in the running for value per square inch. It includes a dual core processor this year and it a 120Hz panel – better for sports action than the lowly 60Hz we are accustomed to. A mouth watering “just over $1000 price tag” accompanies this model. It’s amazing that you can get 60 inches of quality viewing for this price. 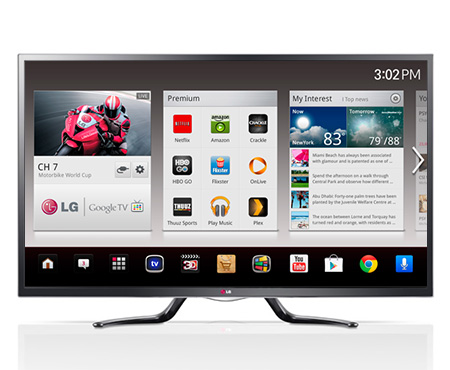 This TV is very similar to the LA6200 listed above, but it has a Google Chrome interface and operation for the browser portion. The 50GA6400 has a dual core processor to power everything from menu navigation to surfing the internet. Another difference is the addition of the two side QWERTY keyboard Magic Remote. You get the crazy good functionality of the voice recognition on the Magic remote with the QWERTY keyboard on the other. From our experience you will likely choose for the former. 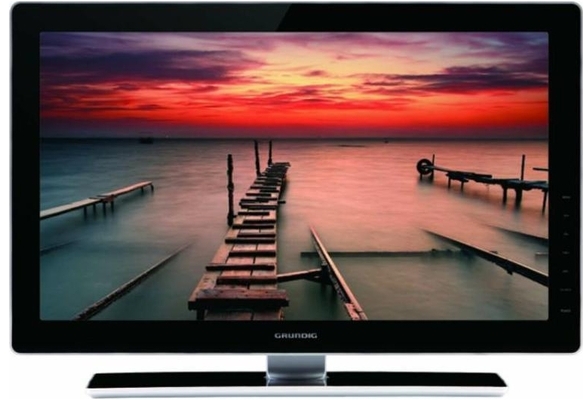 The Grundig Meglio is a slim LED-backlit LCD TV with a built-in DVD player, multimedia support over USB and optional recording and time-shifting of live TV. Its small size makes it well suited to an office, study or bedroom but we would have liked the screen to be more versatile. The Grundig Meglio is a competent small-screen LED TV. Its built-in DVD player and integrated USB playback add some extra value to an otherwise simple screen. If you’re looking for a small screen for an office or workspace the Meglio doesn’t have any glaring flaws in picture quality or performance, but you’ll need to accommodate the stand’s lack of tilt.

We have brought in the Top 10  Trending  LED TV’s based according to the user rating. Hope the list would be easing your to opt out the best from the range of LED Tv products available in the marketplace without fuzzing much. We will be updating this as soon some new and best LED tv approaches the market.  Let us know in the comments if you think we’ve missed anything important!

MySpace has launched an email service, the MySpace Mail. MySpace Mail was present in the …
Tech
More