NotePad++ is an Source Code Editor Application which supports a few programming languages. Notepad++ was also designed to replace the standard Notepad. This program can be used to edit files quickly such as .html .php files. If you edit a few source codes using this program it will be easier, because it will appear as a single page without any tab separations.

This program is written in C++ language and uses Win32 API and STL which makes this program quicker in lighter to use. Notepad++ can be downloaded for free

Some of its general features include : 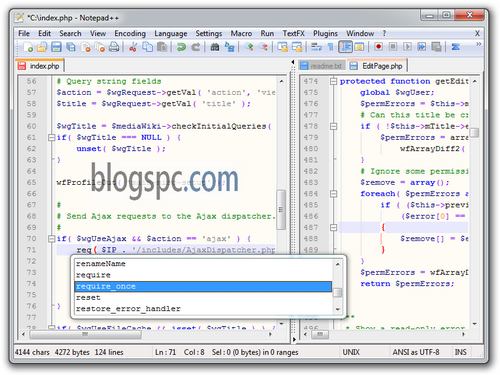 NotePad++ has more features than you’re ever likely to use, but is one of the best and most complete text editors available.

WinRAR has now been present with the version of Version 4.00 beta 7. There are …
Utilities
More

Have you ever lost your data like been erased or deleted, and then you feel …
Utilities
More