Norton Removal Tool 2012 will delete and remove every Norton program setting, quarantined files, product key, Norton associated files, folders, and registry keys. So to use the official products from Norton with official serial key make sure to back-up the files before running this application. 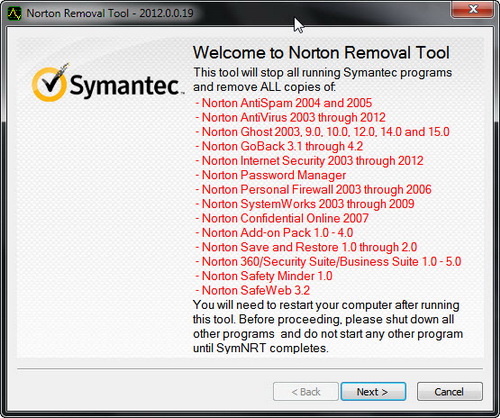 Norton Removal Tool will stop all running Symantec Programs and remove All copies of :

The tool comes in handy when users encounter issues or the uninstallation process fails while removing Norton products using Add or Remove Programs option in Windows. Works on : Windows 2000, XP, Vista and Windows 7

For you who browse and suddenly need calculator for calculating you can use the service …
Utilities, Web Tools
More