The latest research that has been done by Cystic Fibrosis Trust stated that the active media social users have two times friends in cyberspace than in the real world. Nowadays, people tend to be more open minded, honest, and confident if they communicate with their virtual friends.

Helen Oxley, a Psychologist from Manchester Adult Cystic Fibrosis Center, Wythenshawe Hospital, stated that in a bigger environment, the society perspective towards the making of friendship started to change. They (society) think that the connection among human beings can be well built even with the people they have not met or even with the people they will never meet.

According to the research, 30% of the active internet users spend about two hours a day just to interact with their friends. One of ten people believes that they will meet “the desired best friend” in a virtual world. 5% of these internet users will continue their relationship into a more intimate relationship by asking phone number, email address, or a full name to be put on to a friend list in a social networking sites. 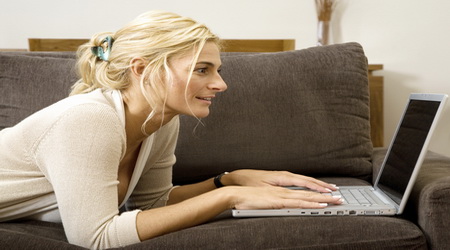 The most important thing is that nowadays internet hold a crucial role to some people who have physical problems or sick. This research also found that right now  internet has become “a connector line” to those who cannot physically socialize as much as they want. Those people with a special condition “rely” their lives on to the internet to get new friends whether it is from a blog, instant messaging, social networking, and so on. Looking at this condition, internet can be the most potential therapy media for their psychological in facing their condition.

To understand how humans behave in several different situations and environments, you might want to consider a Masters of Social Work since it will provide you with the knowledge to understand and help others.

The Internet World is growing each day because of the more users using the Internet. …
Tech
More

Not too long ago, a desktop or laptop computer was the principal means of accessing …
Tech, Tips & More, Wordpress
More