Home
Android
How to track your Android smartphone

Weather you want to track your own Android smartphone or that owned by another person, you will be glad to know that there are a number of apps available in the Google Play store that can accomplish this seemingly daunting task, and this without reaching out to a carrier or the police. Don’t worry, it’s not hard to track an Android smartphone, especially once you are granted access to the respective smartphone. All you need to to is follow one of the two ways of tracking a GPS-enabled Android device that we are about to cover.

But before we dive in the methods themselves, lets take the time to analyze what could be the reasons why you would want to track an Android smartphone:

a) You want to make sure that you can track your smartphone in case you misplace it. This scenario is quite self explanatory.
b) You want to be able to track your Android smartphone in case it gets stolen. In this scenario you might also want to take security measures so that your personal data doesn’t fall in the wrong hands.
c) You want to track the location of your kids. Since most kids are completely addicted to their smartphones, they are likely never too far away from where their smartphone is. Worried that your kid is skipping school or is being dishonest about his location? Well, you can put their truthfulness to the test by applying one of the following methods for tracking an Android smartphone.

Warning: Tracking an Android smartphone without being previously granted permission from the owner of the respective smartphone is not only immoral, but also represents a serious offense judging by the laws in most countries.

In addition, you should also be aware that only a few of these apps can be installed after you lose the phone, meaning that you should install the tracking app of choice as soon as possible in order to be well prepared in case you lose your Android device. 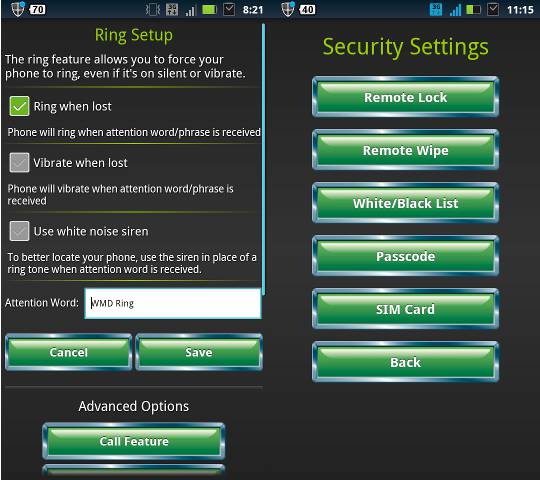 Here’s how to track your Android smartphone using Where’s My Droid:

The paid edition ($3.99 for a life time of tracking) Where’s My Droid includes some very interesting additional features, such as the ability to take pictures with the device front/back cameras (this pic will be uploaded to Where’s My Droid servers and you’ll be send a link to the picture), the ability to remotely lock the device or wipe the SD card slot and the phone data. Wiping your data could be very important in case you have sensitive information stored on your Android smartphone.

After using Where’s My Droid, you’ll probably have little need to search for alternatives. However, this app will not be able to track your Android phone unless you have installed and have it properly set up on a previous occasion. Fortunately, another tracking app available in the Google Play Store can help you in this unfortunate conditions: 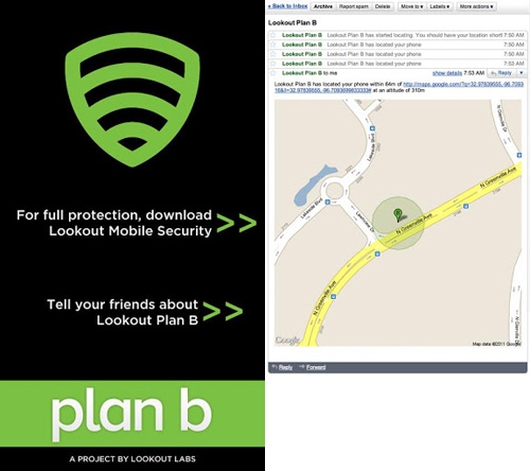 Plan B is an app with a name that’s quite self explanatory in the context of this article. The main advantage of using Plan B to locate your Android phone is that it starts tracking the phone once it is has been installed, and fortunately this can be done from the Play Store (here’s the free download link) even if you do not have direct access to your smartphone (aka you have lost it). According to the developers, Plan B can turn GPS on for a limited number of devices only.

Once the app was installed, Plan B will send you emails with detailed location information, and will keep sending email updates for the next 10 minutes. To start the process again, all you have to do is send a text message to your Android phone (from any phone number) containing the word “locate”.

So there you go, these are the two best apps/methods for tracking an Android phone. Unfortunate, using these apps does not guarantee that you will find your Android smartphone, as both apps can have errors with turning on the location access. In addition, if your smartphone is indoors, you can have a tough time tracking its location. However, the major inconvenience is that any thief can perform a full factory reset and thus erase all your tracking apps.

What do you guys think? Which one of these apps is better for tracking your Android smartphone? Is there an alternative method that you know of that’s better than the two described above? Let us know in the comment section below! 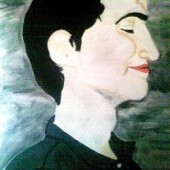