In terms of Firefox 7 display there is no change from the previous release of Firefox 6. But in terms of capability it has increased a lot better than its previous version

Firefox 7 aims to enhance your browsing experience by improving one of its major drawback, i.e. high memory consumption. The latest and new Firefox 7 drastically improves the usage of memory (RAM) and is said to consume 20-30% less memory than former builds of Firefox browser. 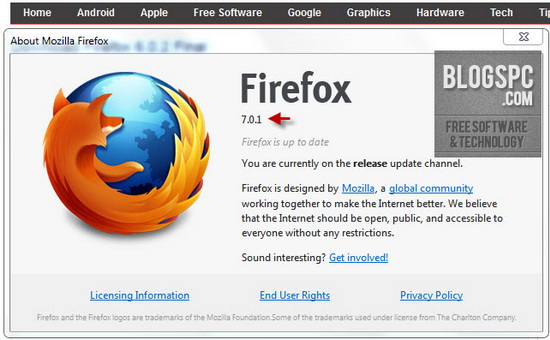 What’s New in Firefox 7 :
The latest version of Firefox has the following changes :

Firefox 4 final version is here and is available to download from server of Mozilla. …
Browser
More

Mozilla just released their latest version, Firefox 5.0.1. Not so many changes done on this …
Browser
More