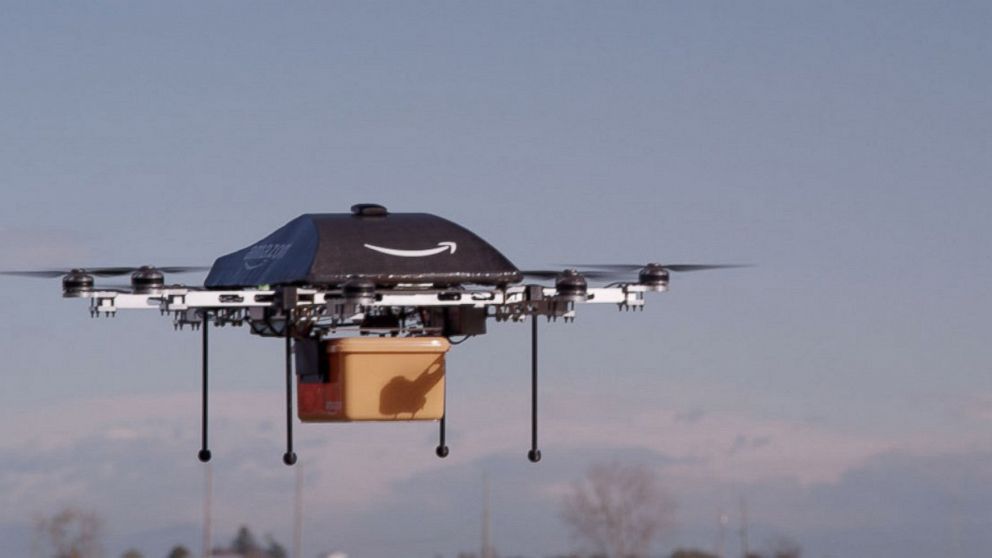 Online retailer Amazon announced Sunday that it is planning a new delivery service in which products would be delivered with the use of unmanned drones. Yes we are moving to next generation delivery system.

Amazon CEO Jeff Bezos revealed an experimental drone-based delivery service in a 60 Minutes segment on Sunday. Bezos said the service, dubbed Amazon Prime Air, could be ready for customer use in “four or five years.”

“I know this looks like science fiction, it’s not,” said Bezos, before adding that “this is early, this is still years away.”

Bezos said the drone could carry objects of up to 5 lb. (2.27 kg) within a 10-mile (16 km) radius of an Amazon distribution center. Given that Amazon has been steadily building distribution centers in an increasing number of urban areas, the service would theoretically cover a significant number of customers.

The craft are autonomous, per Bezos: an Amazon employee would enter a delivery recipient’s location and away the aircraft would fly.

“The hard part here is putting in all the redundancy,” Bezos told interviewer Charlie Rose. “All the reliability to say this can’t land on somebody’s head.”

Amazon’s drone delivery service will also have to comply with the Federal Aviation Administration’s new airspace rules for unmanned aircraft, which the agency is planning to have in place by 2015.

After the 60 Minutes segment aired, Amazon shared this footage showing the system in use:

In preview segments, Bezos promised “something he wanted to unveil for the first time,” leading people on Twitter to speculate that it could be an Amazon television. OAmazon doesn’t just want to reinvent the way we shop for and buy things, it wants to upend every step of the process — including how our purchases come to us.

However, it still has to wait for permission from US regulators.

The US Federal Aviation Administration (FAA) has approved the use of drones for police and government agencies, issuing about 1,400 permits over the past several years.

If drone delivery takes off, it could be a threat to FedEx and UPS, which Amazon uses for a lot of its deliveries now. Indeed, FedEx founder Fred Smith told Wired magazine in 2009 that the company wanted to switch their fleet to drones as soon as possible but that it had to wait for the FAA to regulate such activity.

Amazon also posted a video on its website showing a drone picking up a package from one of its warehouses and delivering it to the doorstep of a customer’s house.

What do you think about the Amazon Drones the next generation delivery system. Let us know about your thoughts through comment section.

Previously I have posted about how to play Angry Birds online through a browser. Good …
Free Software, Tech
More